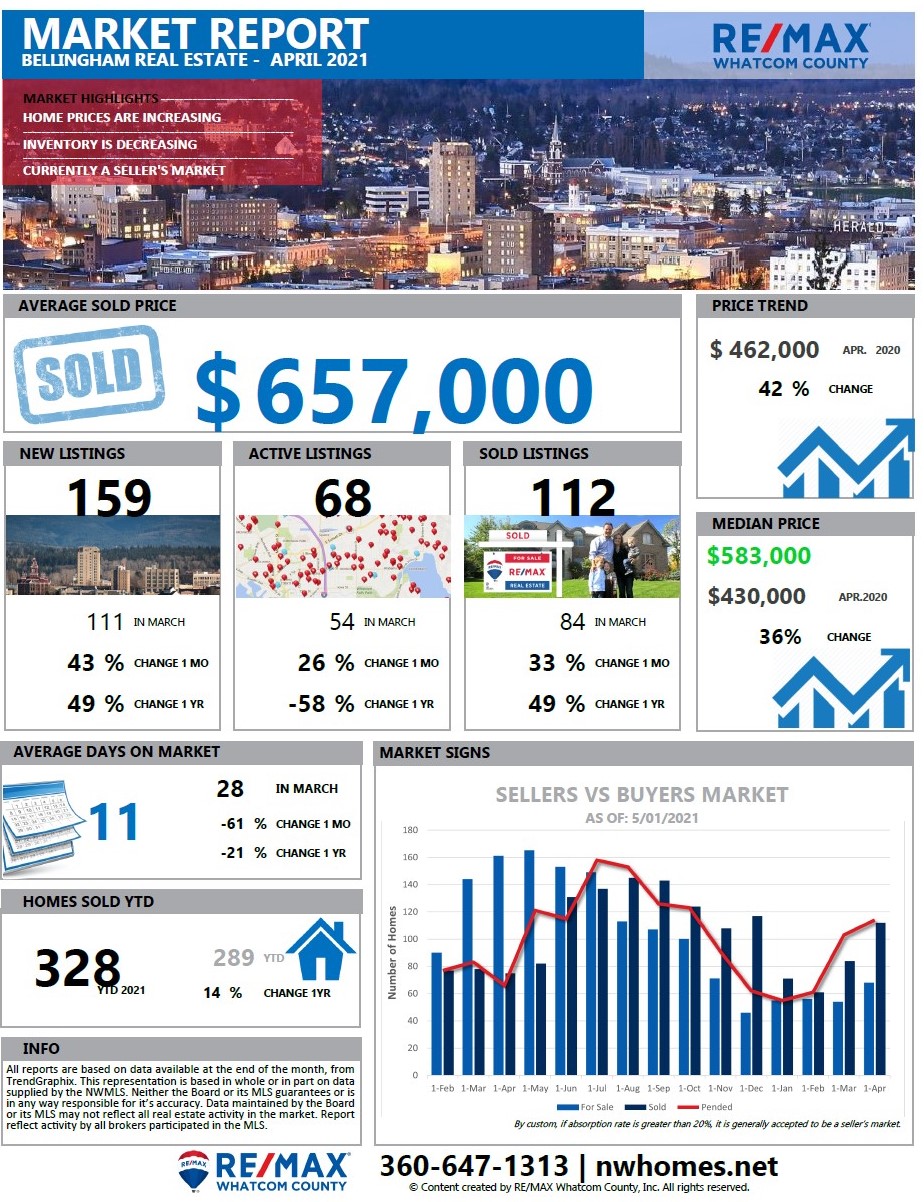 Posted in Bellingham Area Housing Market Update 2021
no comments yet

The Bellingham housing market continues to be one of the hottest markets around. An abundance of well qualified buyers combined with a decrease in the overall number of homes for sale is fueling consistent, remarkable gains in home values. Majority of the homes currently selling are in the $500,000 to $550,000 range, with an average sold price of $545,000. Relative to 2018, 2019 has seen an average price increase of 6%. Bellingham is currently a sellers’ market.

In Bellingham, the average price per square foot for single family homes is currently at $271. The absorption rate sits around 65% and there is, on average, 1.57 months of inventory. 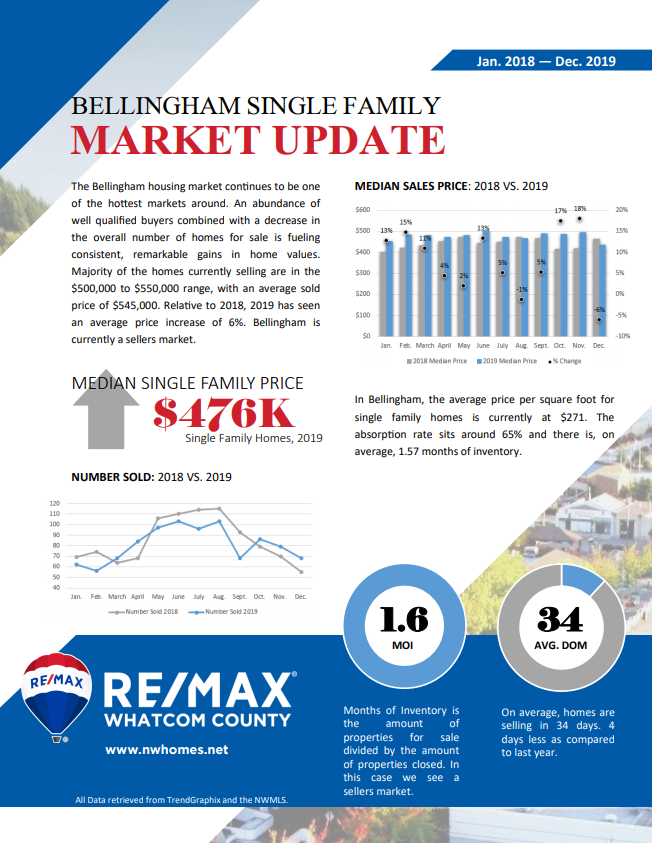 The market for Whatcom County single family homes has maintained consistent growth over the last 24 months. Due to a $19,000 increase in the median home price since last year, the market as a whole does not show signs of a downturn anytime soon. The Bellingham market for single family homes is no doubt the most prominent in Whatcom County, with a median home price of $475,750 and an average home price of $545,000 this year.

The median home price in Whatcom County increased by 5% from last year, rising from $380,000 to $399,000. While the average home price increased by 21%, the median is a more reliable number to look at because of possible outliers. The average price per square foot in Whatcom County for single family homes is currently $231. The absorption rate sits at 44%, and there is an average of 2.3 months of inventory. 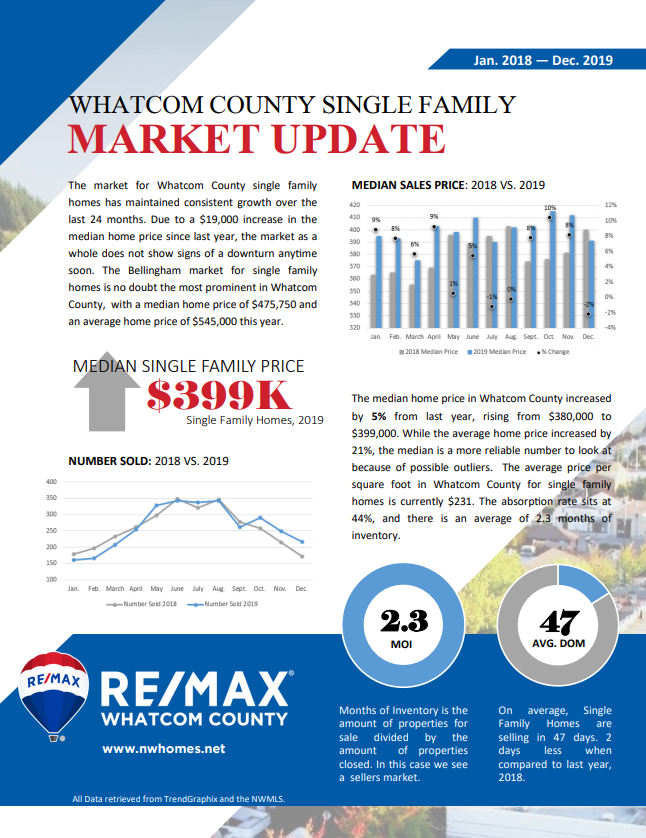 Posted in Bellingham Real Estate Market Update 2019
no comments yet

Posted in Mt Baker Condos For Sale
no comments yet

Here is the February 2018 Bellingham Real Estate Market Update!  Home sale prices remain strong.... We continue to see very little inventory, bidding wars, and over asking price offers which makes it challenging for buyers!  2018 is looking to be another great year for sellers, so if you are on the fence about selling,  you may want to think about it!  If you have any questions, please feel free to contact me anytime!  Click here for my contact information: Contact Me!Curious what your home is worth? Click the link below for your to get the estimated value of your home, and a free CMA within minutes! Get My Free CMA!Here is a quick recap of sales statistics by Whatcom County Location! 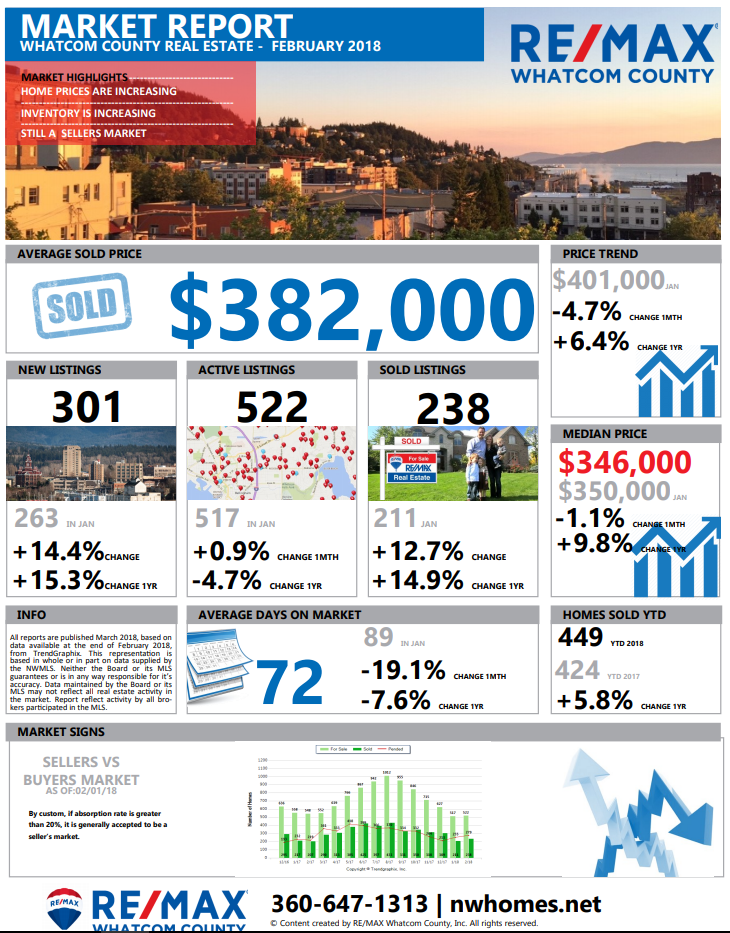 Posted in Bellingham Real Estate Market Updates 2018!
no comments yet

Just LISTED!
I have listed several Snowater Condo's, and this building is one of my favorites! Snowater has so much to offer as far as amenities go, and Mt Baker is just out your front door! Whether you like to ski, hike, backpack, fish, camp, explore, this place is for you! Snowater has 29 acres in just the complex alone with trails, sports courts, exercise rooms, pools, saunas, hot tubs, gated entry, greed areas, playgrounds, etc. Come check it out! When these adorable units hit the market, they don't last.
This adorable Snowater Condo in Glacier, WA will not last long! 1BD/1.75BA + BONUS ROOM! This unit is southerly facing, so it has an abundance of light! Large windows, vaulted ceilings and many amenities! Walk out your front door to everything Mt Baker has to offer! Contact me with any questions at (360) 303-9596.
Offered at: $116,500
10500 Mt Baker Hwy #106, Glacier WA 98244
Click here for more info! 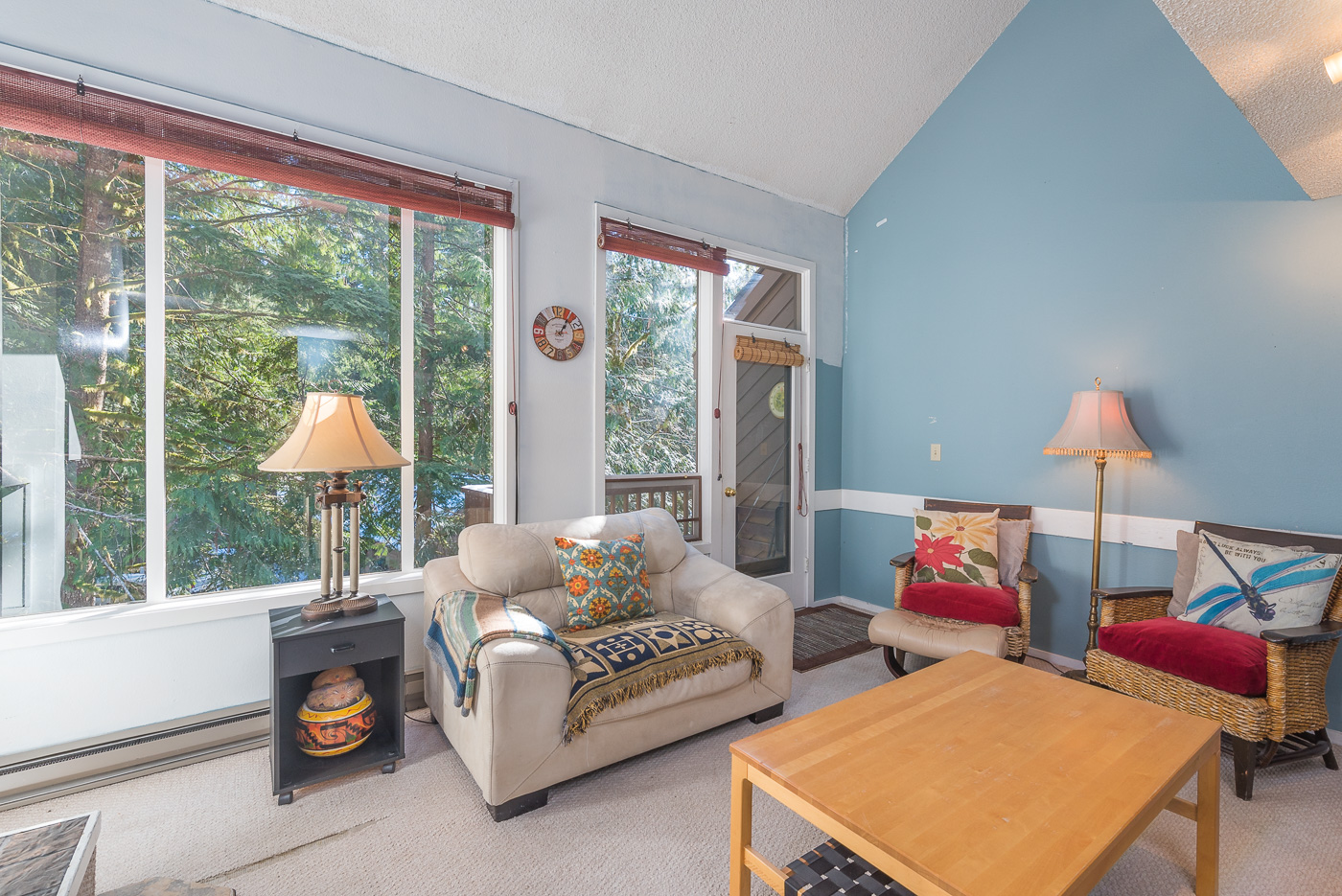 Posted in Hiking Mt Baker, Mt Baker Condos For Sale
no comments yet

Here is the January 2018 Bellingham Real Estate Market Update!  Home sale prices remain strong and in the sellers favor.  We continue to see very little inventory, bidding wars, and over asking price offers which makes it challenging for buyers!  2018 is looking to be another great year for sellers, so if you are on the fence about selling,  you may want to think about it!  If you have any questions, please feel free to contact me anytime!  Click here for my contact information: Contact Me!

Curious what your home is worth? Click the link below for your to get the estimated value of your home, and a free CMA within minutes! Get My Free CMA!

Here is a quick recap of sales statistics by Whatcom County Location! 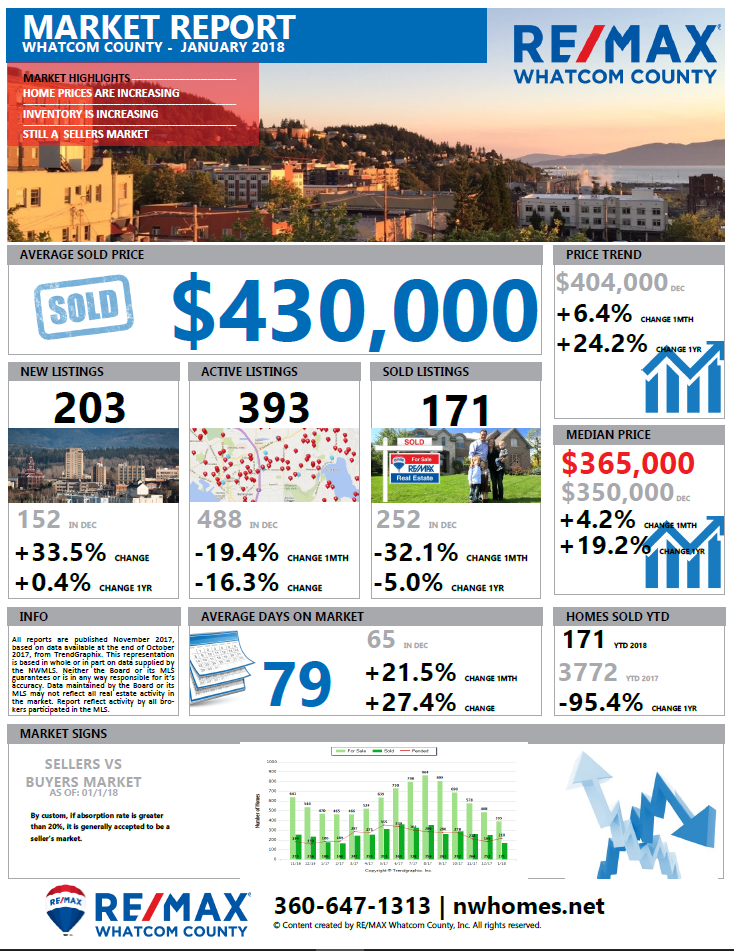 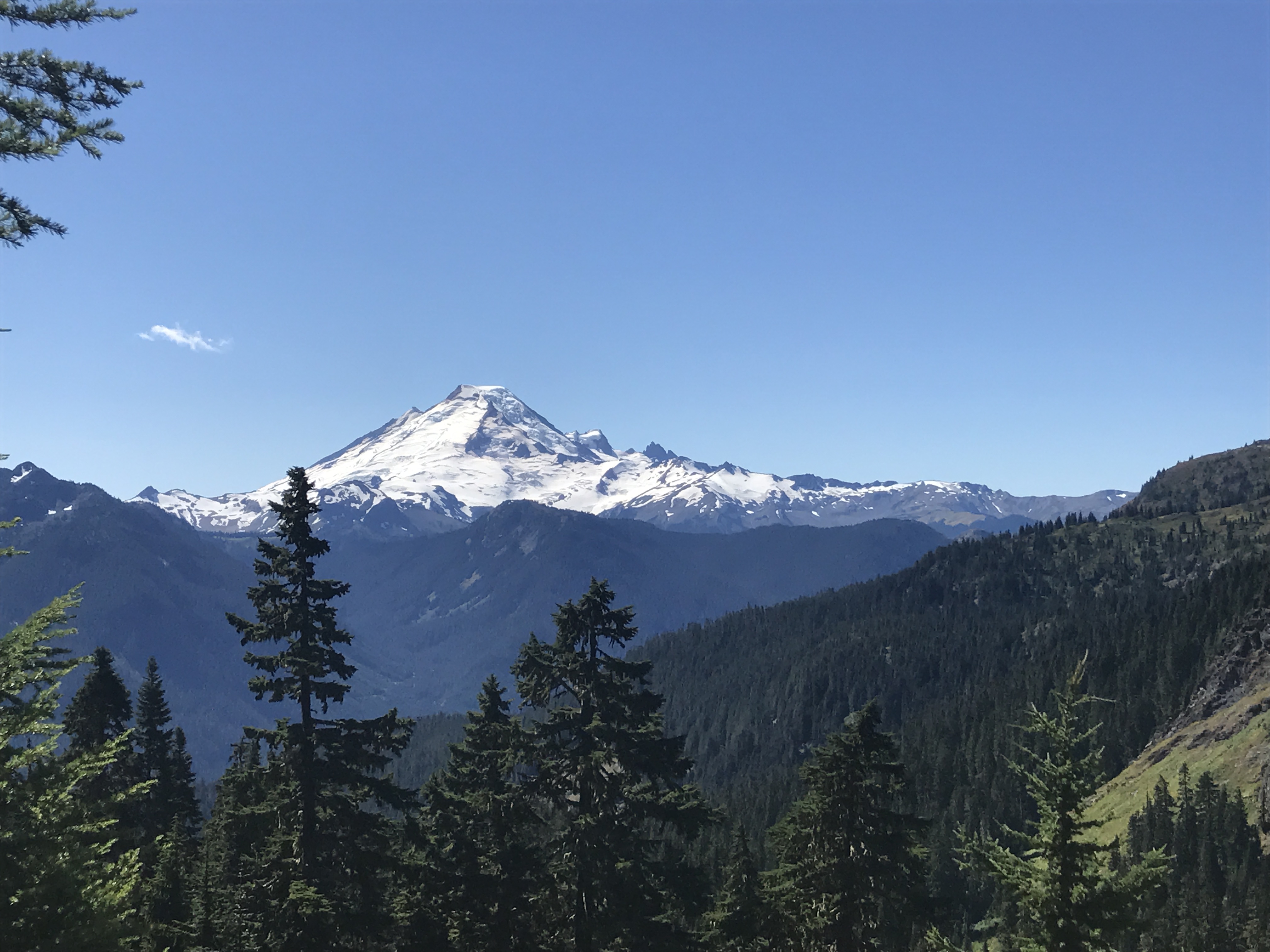 For location and directions (because I’m not super great with directions) this is a good link to follow:

First, before I start, I just have to say that this hike/backpacking trip is probably one of my all-time favorite experiences.  The hike itself is hard.  Mostly uphill.  But the reward is incredible and so worth it.  I think if we had just done it as a day hike and had light packs on, it would have been a bit easier.  We had at least 30lbs in each backpack because we were staying the night once we got up there.

From the DOT station, you head up Twin Lakes Rd.  The road is bumpy, and you have to drive 5 slow miles of bumpiness before you get to the trail head.  Just a heads up too, the parking lot was PACKED. There was no space to park whatsoever.  We parked a good ¼ mile from the trail head along the dirt road.  This is a very popular trail, so I highly recommend starting earlier in the day if possible.

It was September, and the temperature was about 85 degrees.  So, you can imagine, it’s HOT.  Pack lots of water, and protein and carb filled snacks, you will need them.

We get our packs situated and set out for the trailhead.  I had just been down with a severe cold, and had NO IDEA what type of hike I had in store for me that day.  I had heard the hike wasn’t that bad.  Well, immediately at the trailhead you start ascending.  ¼ mile in I was like man, I don’t’ think there is any way I can do this!  I was covered head to toe in sweat, not feeling super awesome, and generally a little irritated that I had been lead to believe the hike wasn’t that hard.  I kept thinking, I know I heard it levels out a little bit after a mile or so, but nope, it really never does.  We just took it a little slower, and steadily made our way towards our destination.  We had my dog, Gracie with us and she was at the time, just happy as a clam.  The trail was busy, as most of the trails are during the summer.  We passed people often coming down the other way. 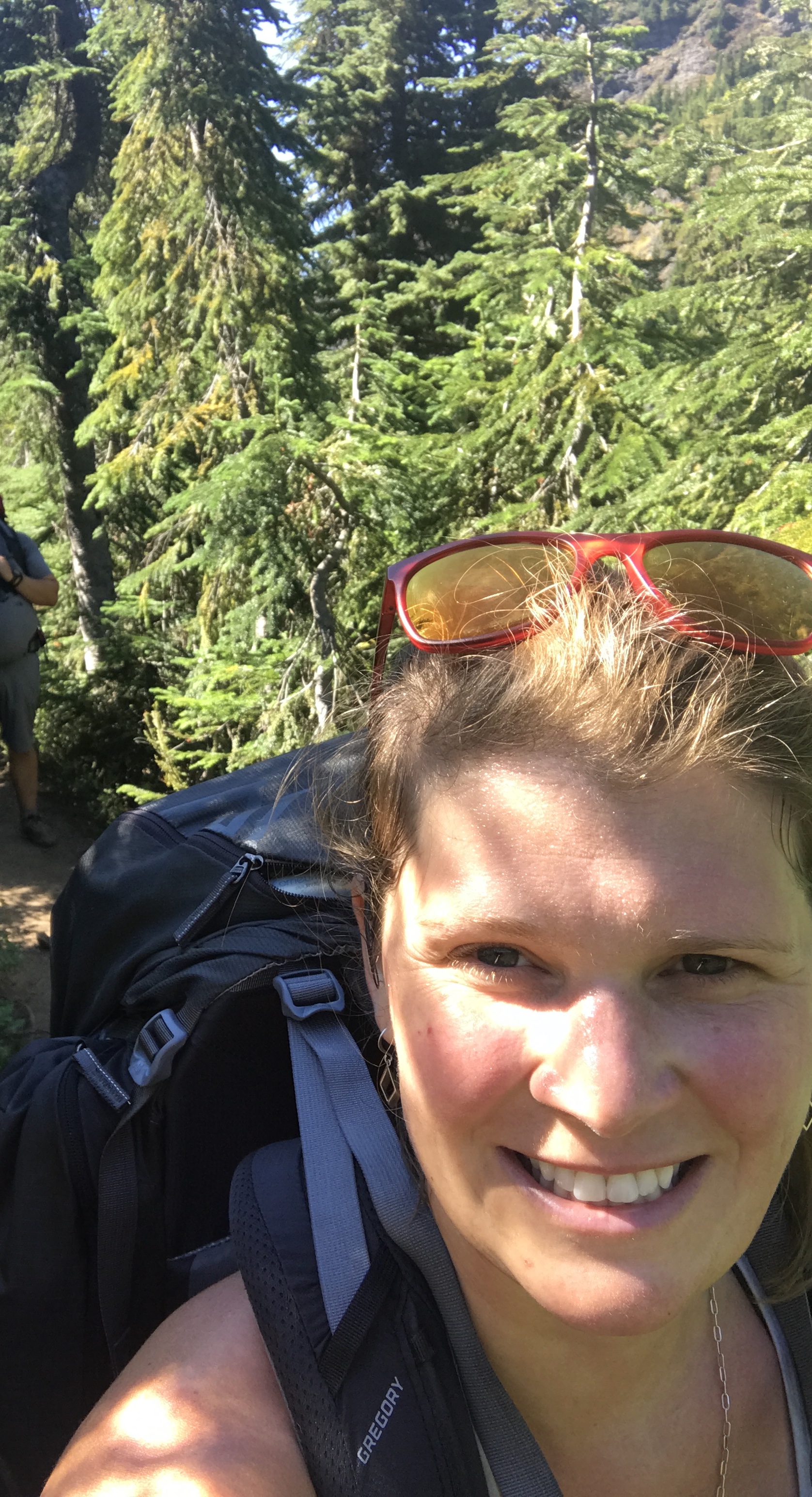 On our way up, we noticed these little berries, and had no idea what they were.  There were TONS of them and they were everywhere!  The scenery was so incredible, we stopped a lot to take it all in.  We stopped for breaks in little meadows, and let the dog cool off a little bit too.  Gracie (dog) had her own backpack, so she too was carrying her own weight. 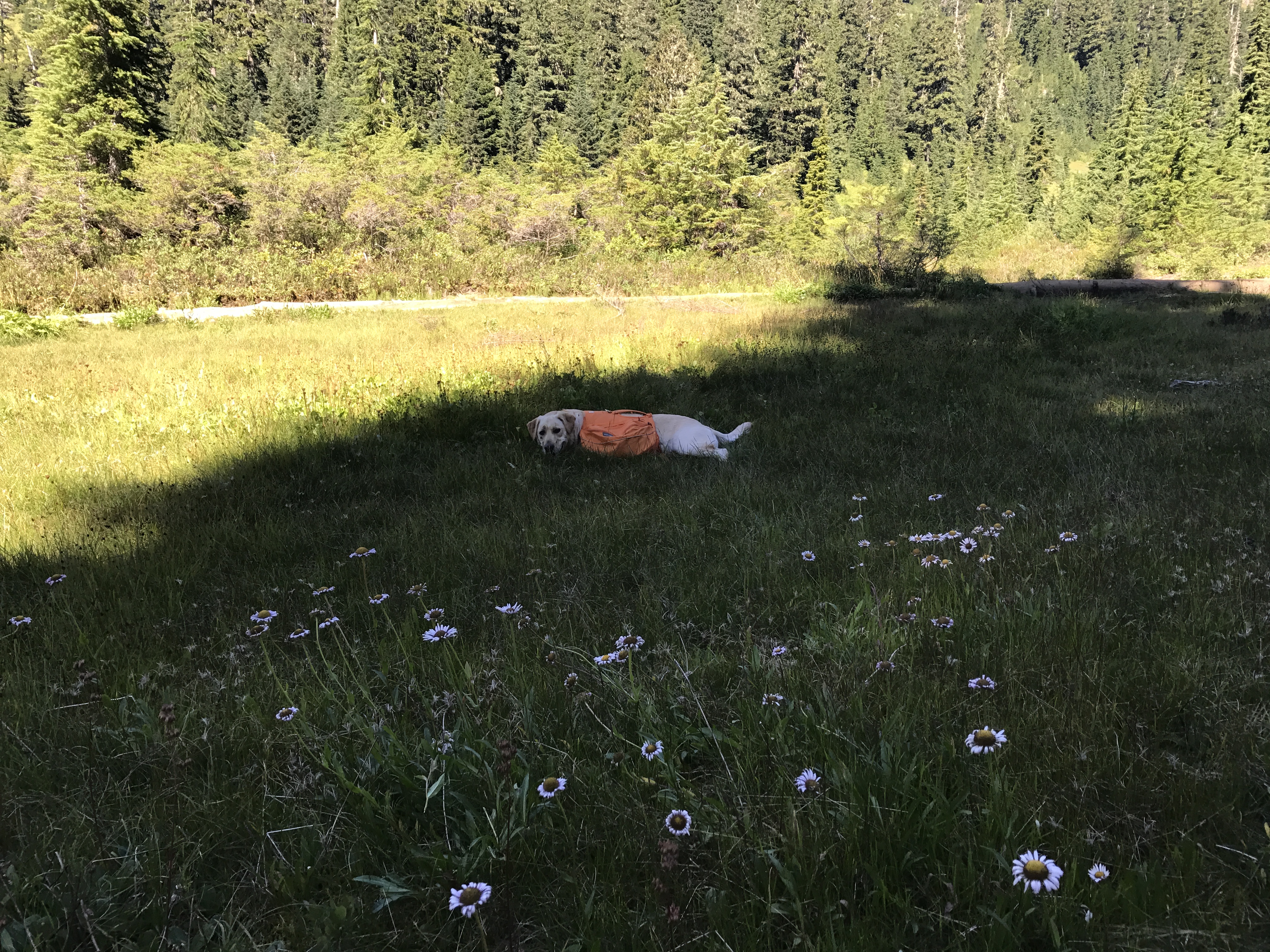 It seemed like an ETERNITY of uphill.  I think I complained a lot. I think Dave complained too.  I was so eager to get to where we were going, that I was walking way faster than he was.  I was determined to just get there and take off my back pack.

We finally get to a point where we come around and we are up on top of this cliff, looking down.  What I saw totally surprised me!  Looking down we saw several of what they call “tarns”.  A Tarn, is a mountain lake or pool.  It is left over from snowmelt, and formed into a little lake.  There were so many of them and people were SWIMMING IN THEM!  At this point, I didn’t care how cold they were, I just needed to get down from this cliff and get into the water!  The water was so crystal clear.  I couldn’t wait.  My body was saturated in sweat and dirt had begun to stick to me from the dust on the walking trail.  I could not wait to submerge myself into the water and get cleaned up.  I had no idea that we would be able to swim when we got there, so it was the biggest treat.  It was so beautiful, and the water was so nice, it wasn’t freezing like I had thought.  Here are some pictures of the tarns.  They are gorgeous.  While swimming we noticed that there were these little beetles swimming around in the water, and these tiny little red organisms.  We didn’t even care, the water felt so good.  There were rocks to jump off into the water too, which was fun. 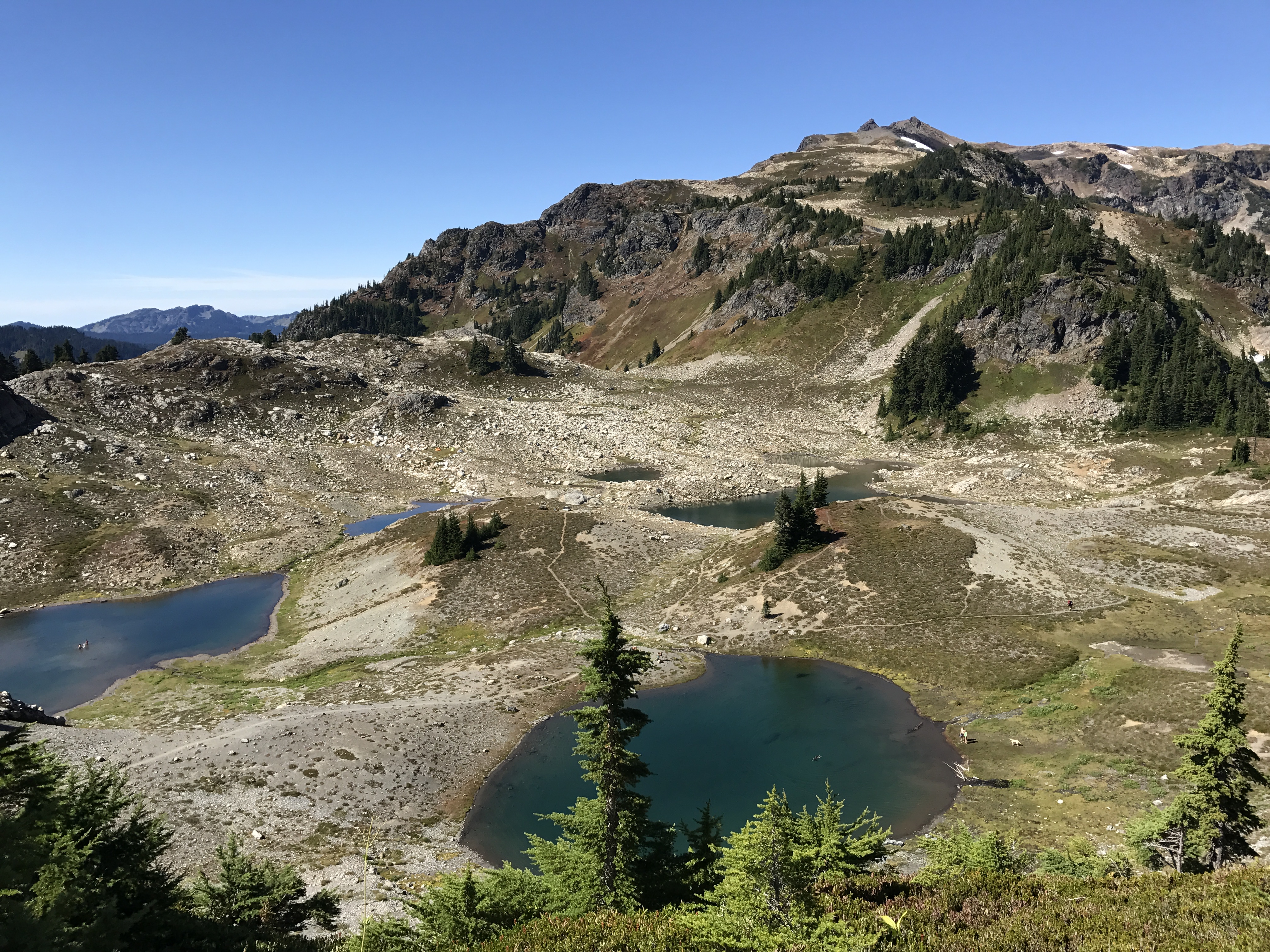 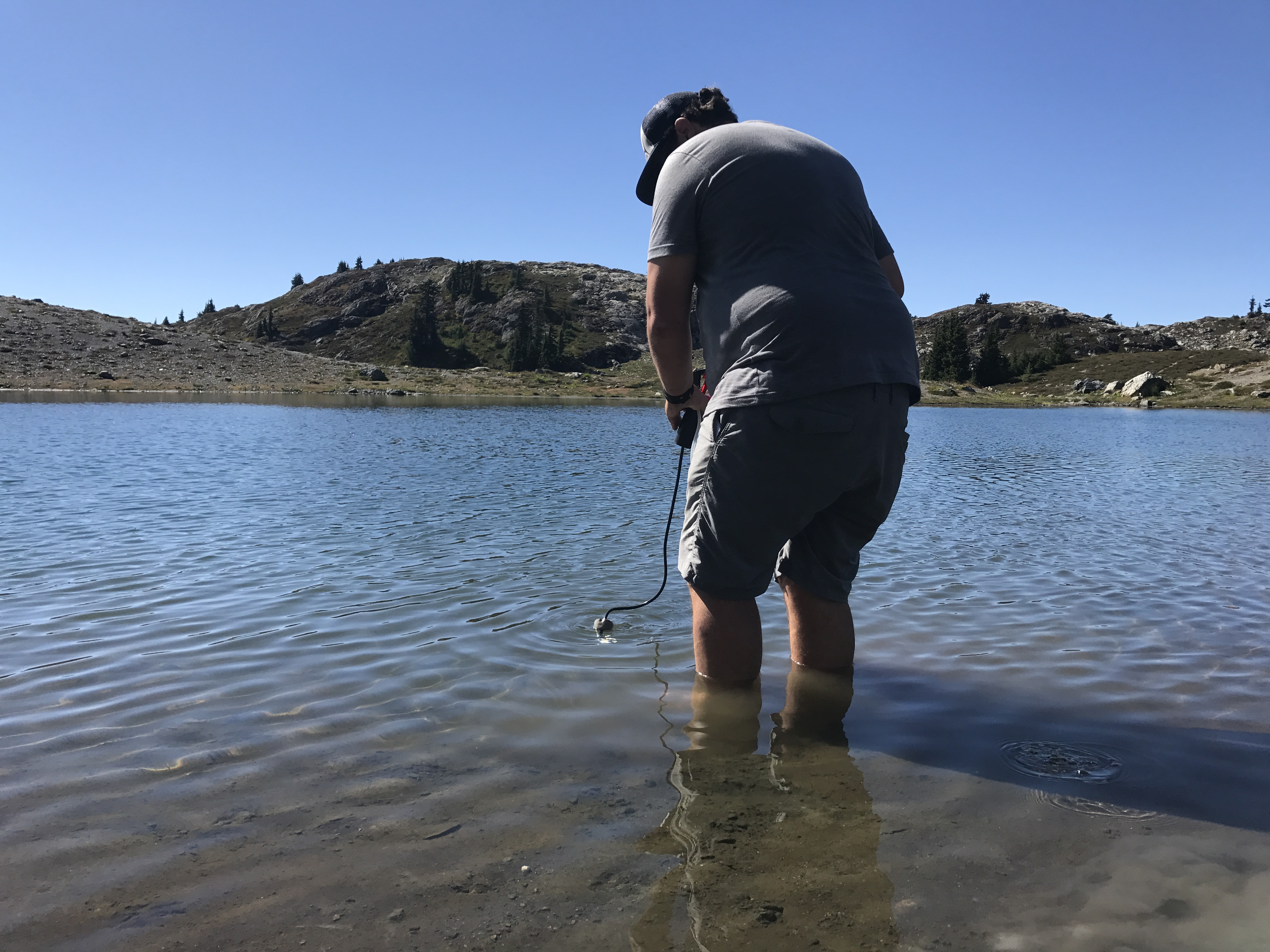 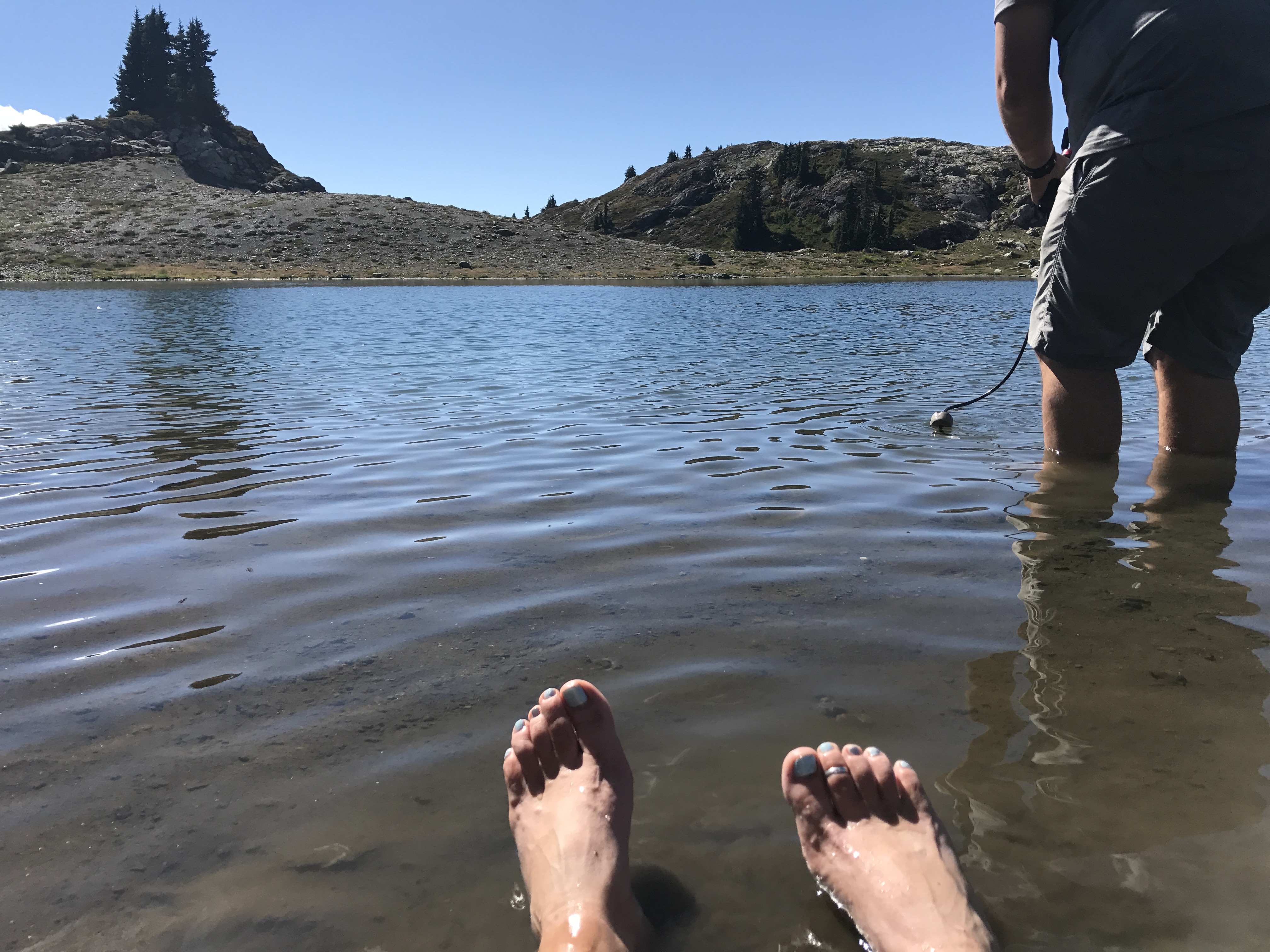 After we spent an hour or so swimming, we pitched the tent and made some dinner. Pasta!  The goal is to pack light when backpacking, so we didn’t get a meal fit for a king that’s for sure.  There are TONS of areas to camp there, FYI.  I was so worried we couldn’t find a good spot, but it was totally fine.  Lots of space available. 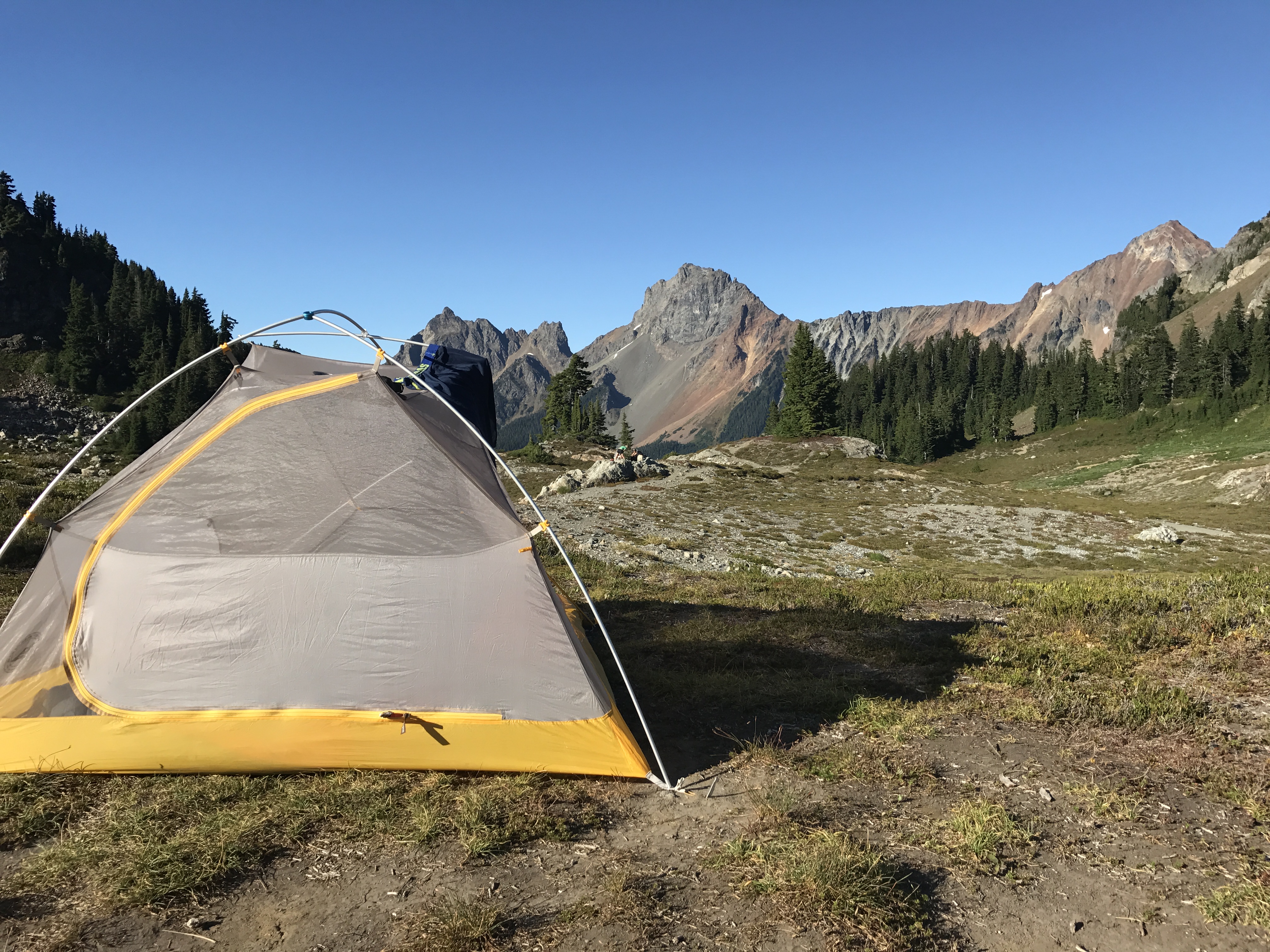 We explored around a lot, there are a lot of different little trails and beauty to look at.  If you do this hike, you must walk around and explore with your backpack off!  We hiked up over the west side of the tarns and watched the sunset over the mountains!  It was breathtaking. 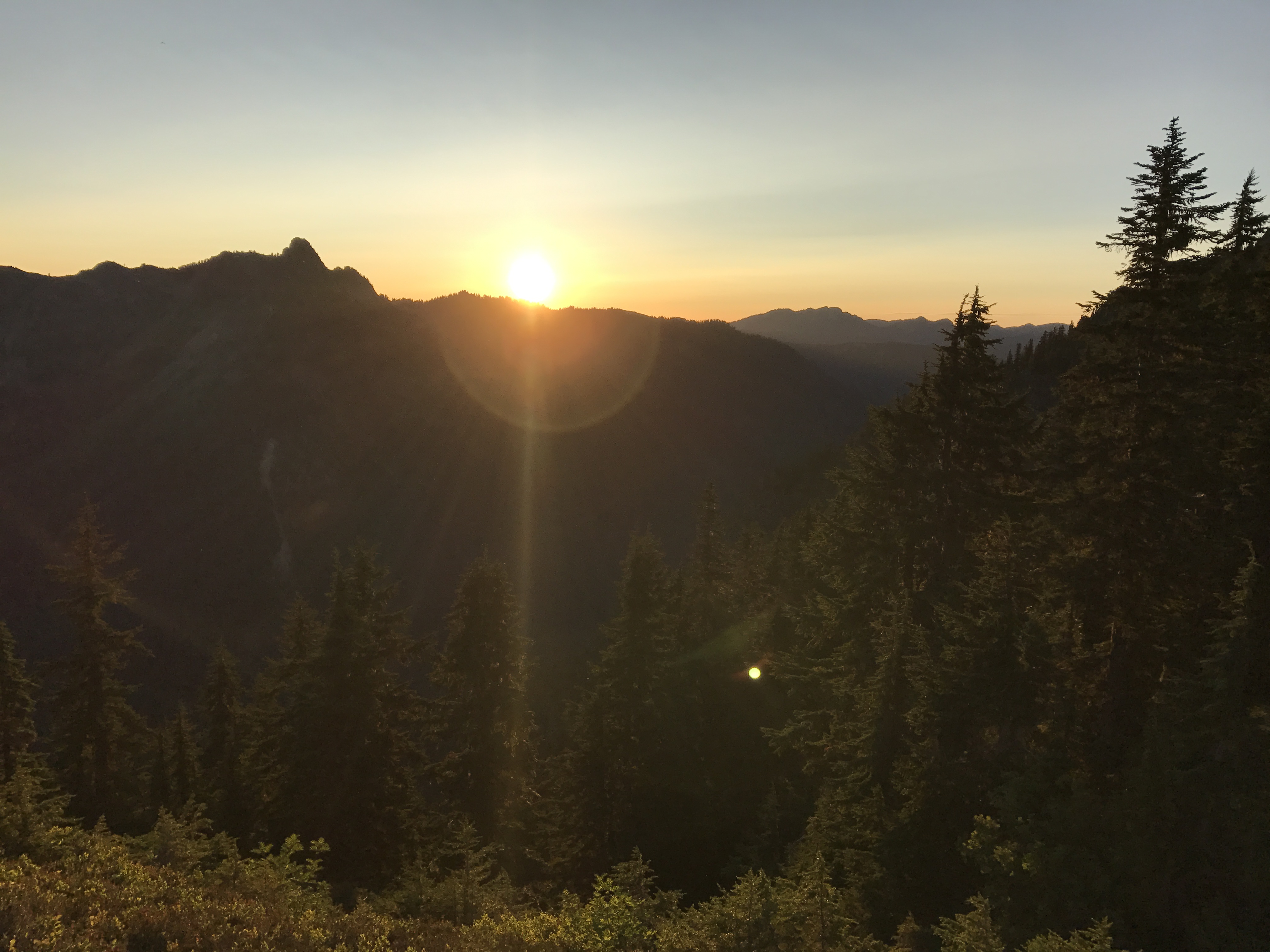 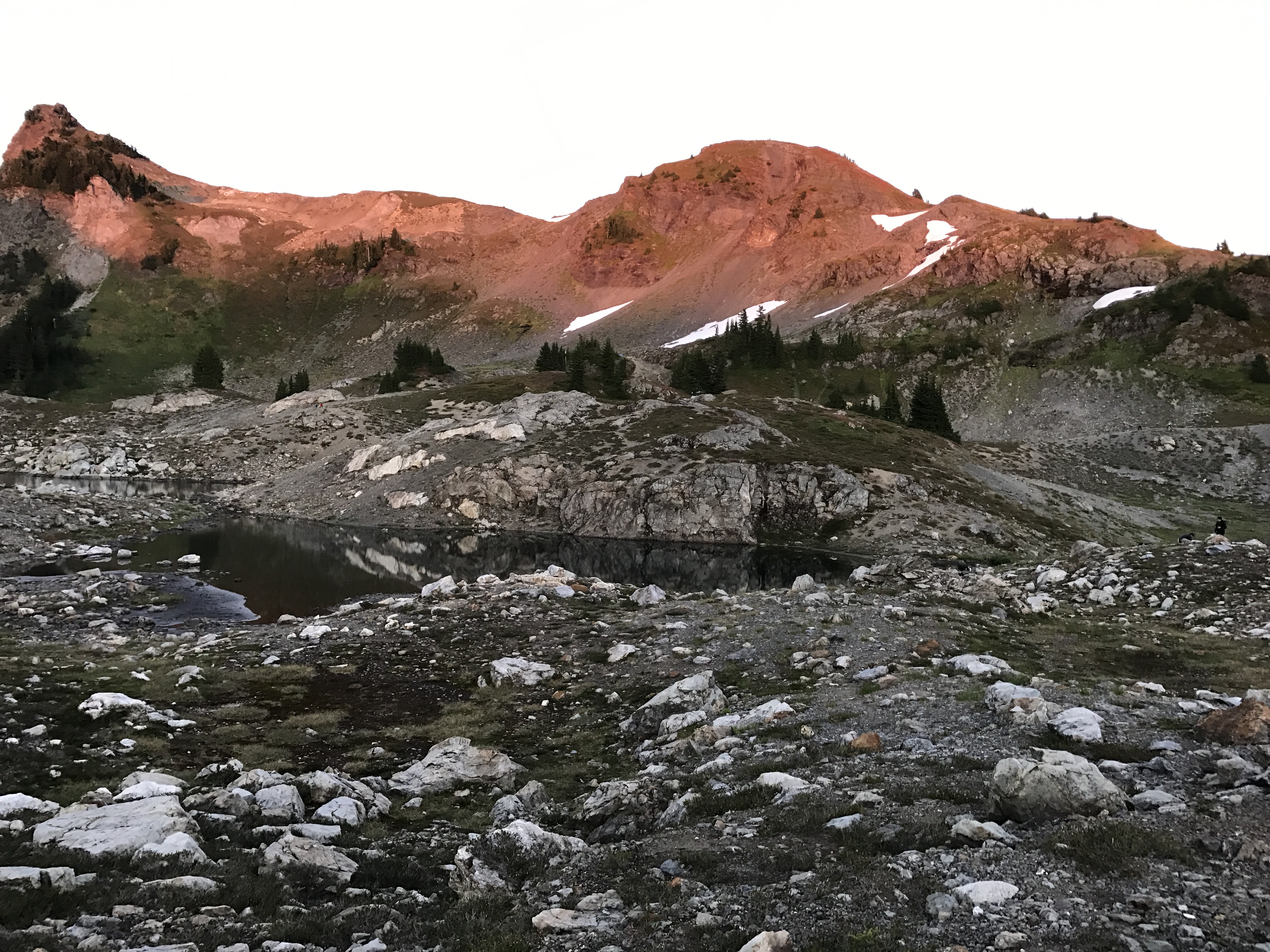 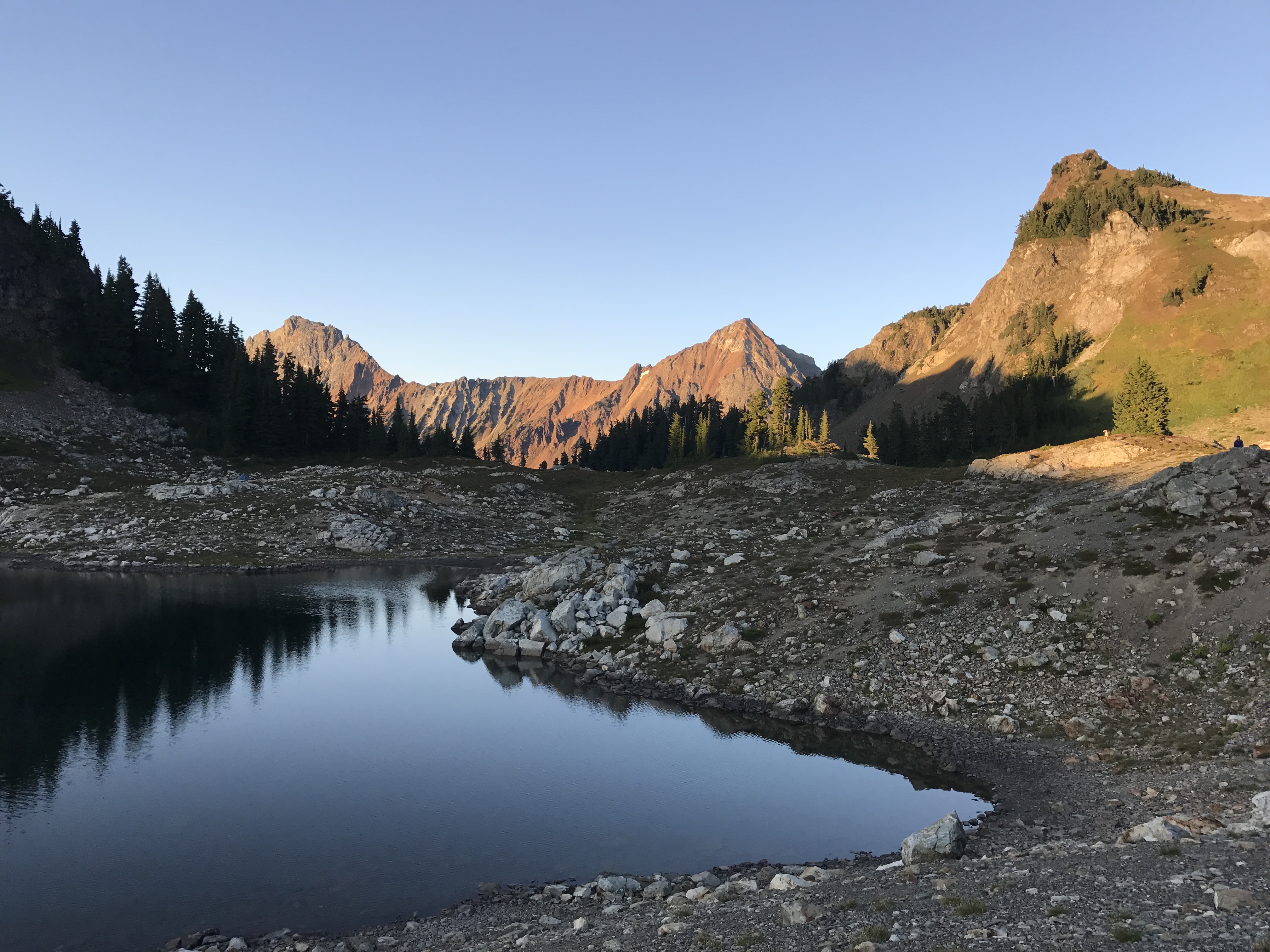 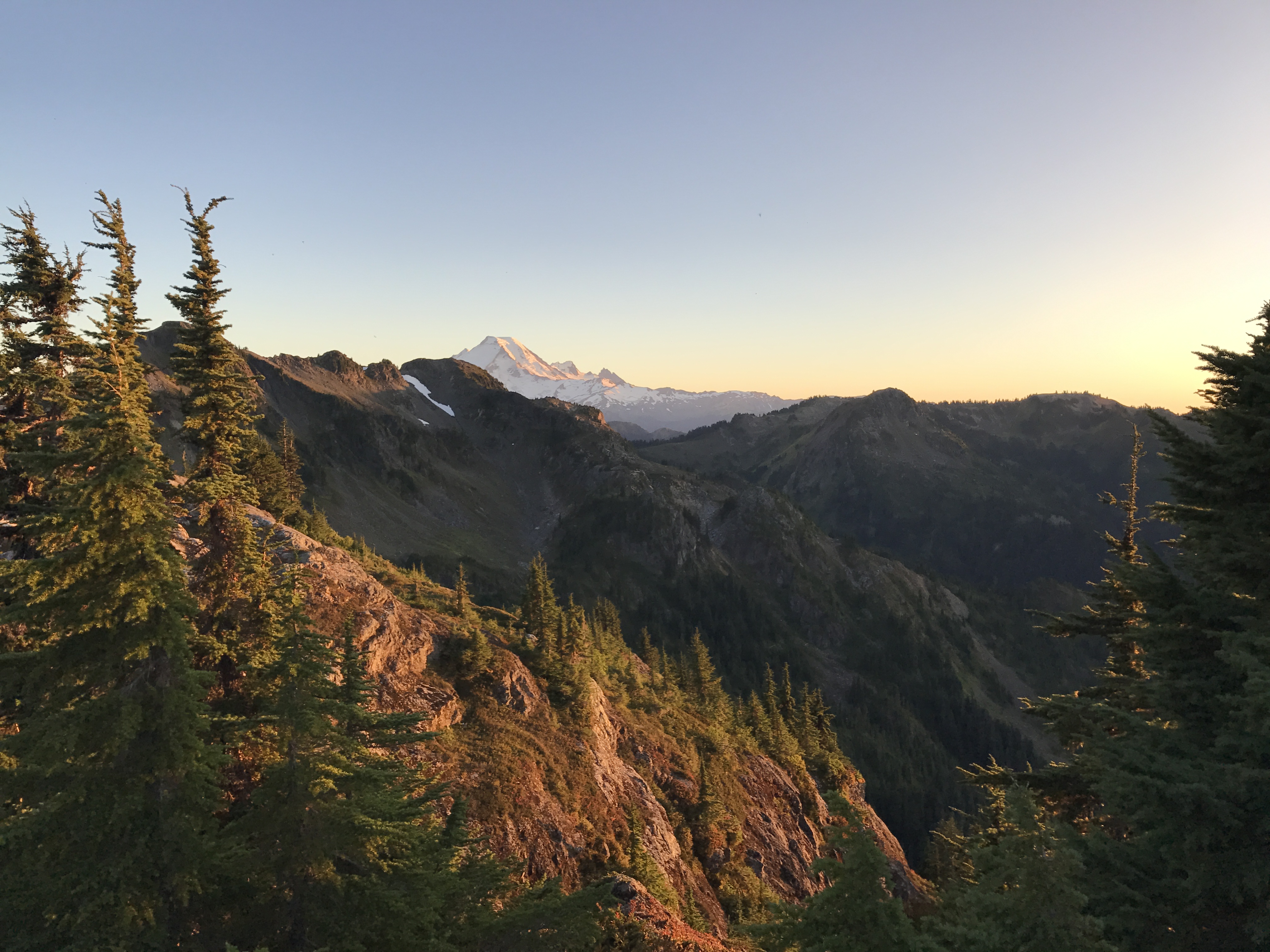 I think we ended up going to bed around 9.  We were tired from the trip and retired early.  It is extra exhausting when carrying a heavy backpack, which makes you sleep well in the wilderness!  It is so quiet and serene, and the stars are bright and amazing.  We spent some time just gazing up at the stars.

It does get cold at night, near freezing.  If you’re going to spend the night, make sure you pack warm clothes to sleep in and a warm sleeping bag.  We were nice and toasty, and the dog slept right between us.

Up with the sun rise, and we made our coffee and hiked around a little more.  We deiced since it was so hot the day before, that we would get an early-ish start.  It ended up being 90 degrees that day, and our shoulders were sore from the backpacks the day before.  Once we got going, we decided there wasn’t much to complain about.   Another beautiful day, and it was mostly downhill on the way back!  Our trip back definitely didn’t take us nearly as long.

We learned on our way back that the berries we had seen the day before were wild blueberries!  We picked a bunch on the way back and ate them on the way down.  They were delicious.  They didn’t taste like normal blueberries, but a bit like banana.

I can sit here and try to describe to you how gorgeous and fun this trip was, but honestly, reading this it doesn’t even do it justice.  I would highly recommend this as an overnighter, or even just a day hike.  I really want to bring my kids on this hike this summer, as I think they would absolutely love it once we got there.  They would love to swim in the tarns and just explore.  I think the hike up with them would be brutal though.  I am not sure I am ready for that!  I would like to try though, and just go with the mindset that we will need to take it slow.